Technical visit of CIFI – Order of Engineers of Pistoia Province – in collaboration with R.F.I. S.p.A., at Serravalle Pistoiese’s three sites, to deepen several aspects of the one of the most important infrastructural works of the moment, regarding the whole MURGIA (R.F.I. S.p.A.) national railway network: this is the first site chosen as Anac monitoring.

Ceprini Costruzioni is the group leader of the joint venture that are realizing the laying of a second track on railway line Pistoia – Montecatini Terme, on the line Firenze – Viareggio on behalf of R.F.I. S.p.A. – Italian Railways. The works are expanding along a course of 12 kilometers, where will be constructed bridges, overpasses, viaducts, but the most significant work is the realizing of a new tunnel of Serravalle Pistoiese. A work of high engineering project that will be create on a track of 1.670 meters the will cross sideways the hill, where is situated Serravalle Pistoiese, by a lake side. The perforation has started, and the works are going on in accordance with the scheduled operations, it will end within 4 years with a site that has been open 12 months ago. For this contract 163 million Euros were placed.
On May 12th, the new tunnel of Serravalle Pistoiese in which Ceprini Costruzioni is involved with around 55 workers, has been visited by CIFI (College of Engineers), section of Florence Order of Engineers of Pistoia Province. Moreover, in collaboration with R.F.I. S.p.A. in the person of Mr. Efisio Murgia, Territorial Manager of Firenze, the visit has been coordinated on the three site. A particular attention has given to different aspects of the realizing tunnels’ works. Ing. Vincenzo Spagnoli, Site Engineer of Ceprini Costruzioni, explained the project’s details to all the engineers and Mr. Franco Ceprini, owner of the company from Orvieto, was there. The visit started from the main site around 1.5 kilometers from railway station of Serravalle Pistoiese: then, the delegation has visited the perforation’s entrance, a huge works of high engineering project. The other two steps have been visiting the tunnel’s entrance on the other side of the hill and a site in – between, where the operating machines are involved on excavation works and a new railway course creation. 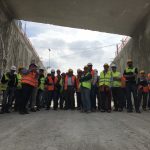 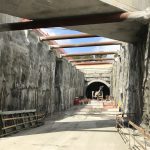 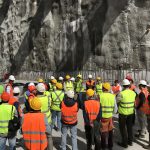 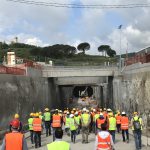 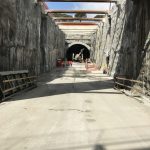 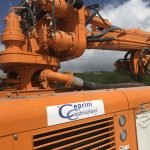 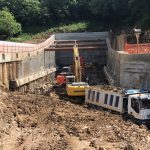 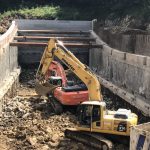