Demolition, rebuilding and final inspection of two railway bridges with train passing in just 48 hours. Ceprini Costruzioni S.r.l., a company from Orvieto, protagonist again of the high speed works, until 200 km/h, of Italian Railway lines. After 4 bridges realized on September 2016, the company of the owner Mr. Franco Ceprini, in the past weekend had again put in to effect professional competences on the line Bologna – Rimini, when it has worked at the realization of two new railway bridges in just 48 hours. Everything developed under control of Italian Railways S.p.A. (R.F.I. S.p.A.), with the coordination of site engineer Gianluca Nestovito (R.F.I. S.p.A.), and Ing. Vincenzo Spagnoli (Ceprini Costruzioni S.r.l.). Works of disassembly and rebuilding of the planks, on which lean the railway infrastructure, has been started in the night between Friday 19th and Saturday 20thMay and they ended before midnight on Sunday 21th 2017. In this lapse of time, the line included between km 21 (Prati bridge) and km 27 (Rio Sabbioso bridge), that is among Castel San Pietro and Dozza (Bologna), has been incapacitated to trains circulation. That has allow to the 160 technicians, R.F.I. S.p.A. and Contractors workers, that alternate each other day and night, proceeding with the bridges’ demolition before and then creating the basis for the planks reconstruction, ended by the Saturday afternoon. Afterwards, they can recreated the conditions for railways replacement, on Sunday morning, the sleepers’ rehabilitation, ballast and electric network. On Sunday afternoon, has been executed the stating tests on realized works. In the evening, the reopening of the line with the train’s circulation.
Especially involved the works in Dozza’s site, when they have reconstructed a non – linear bridge but rather, an oblique shape that has requested a high engineering installation’s project. The new bridges, have been realized on a site out of the railway line, and letting down with the aid of huge cranes of 350 tons. At the end of next June, Ceprini Costruzioni will be work for a similar project, always 48 hours of time, in the same railway line, few kilometers from Rimini.
With this kind of works, Franco Ceprini’s company is always a leader in the field of railway infrastructures in the national territory.

Video and gallery of the two sites: 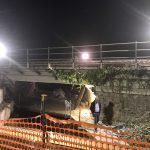 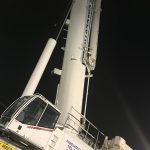 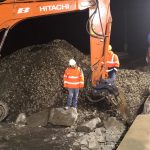 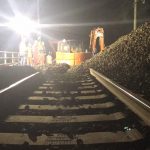 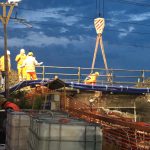 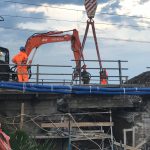 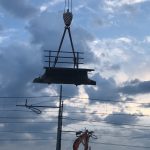 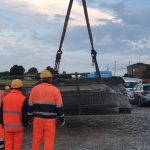 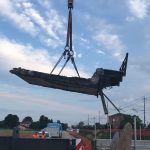 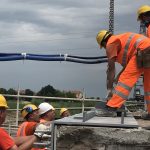 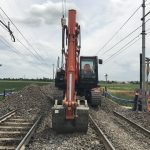 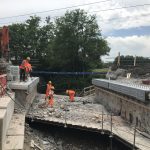 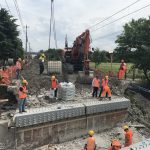 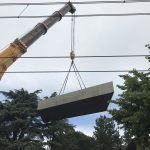 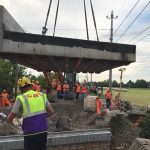 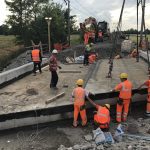 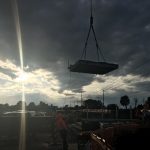 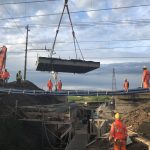 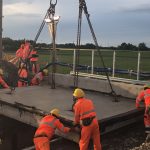 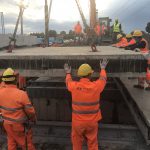 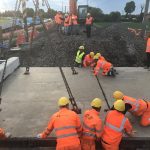 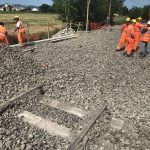 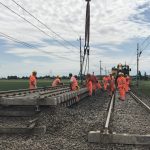 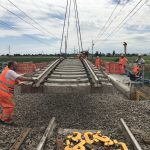 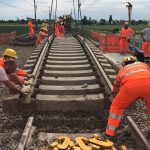 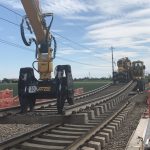 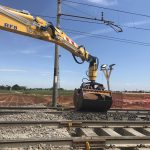 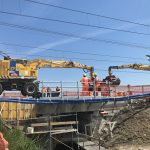 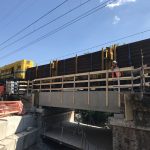